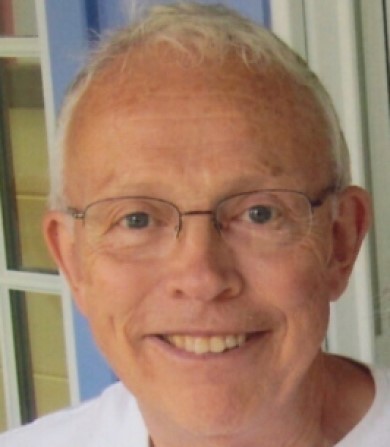 Northborough – William (Bill) W. Rawstron, age 87, of Northborough, MA, passed away on January 10, 2023, in his home following a brief illness.

Bill was born on July 6, 1936 in Boston, MA, the only son of Alice (Stoddard) and Stanley Rawstron of Needham, MA. He was the loving husband of Ann W. Rawstron until her passing in 2019, a marriage spanning 63 years, and the father of eight children, fourteen grandchildren and one great grandchild.

Bill grew up in Needham MA. He graduated from Needham High School in 1953 and from Worcester Polytechnic Institute in 1957 with a Bachelor of Science in Mechanical Engineering. Bill was a brother in the Sigma Phi Epsilon fraternity, and a member of the Tau Beta Pi honor society. He earned a Master of Business Administration in 1967 from Clark University. Bill remained close to his fraternity brothers throughout his long life and was engaged with WPI serving as the chair of the Management Department Board of Advisors for many years. While at WPI, he enlisted in the Army Reserve Officers’ Training Corps (ROTC) attaining the rank of First Lieutenant in the Corps of Engineers in the United States Army. In 2007, WPI awarded him the Robert J. Goddard award for outstanding professional achievement.

Bill worked at the Jamesbury Corporation of Worcester (now Neles / Vamet Flow Control) for the entire duration of his 40-year professional career. In that time, he rose from the role of Engineer to become the Vice President of Technology, and the Vice President of the entire Jamesbury Corporation. Some notable technologies he helped develop to include the ball valve and the butterfly valve. In addition to his professional life, Bill actively served the Town of Northborough as a member of the Northborough School Building Committee and spent thirty-one years on the Northborough Zoning Board of Appeals including twenty-five as chairman.

Bill’s life was informed by his strong faith in the Episcopal Church. Over his life, he was a member of Trinity Church, Shrewsbury and the Church of the Nativity in Northborough. At the Church of the Nativity, he and his wife Ann led a small group for 30 years and were pillars of the church community. His faith led Bill to purchase a ten acre, 250-year-old farmhouse in 1963 which he methodically rebuilt over the next twenty years. In 1984, he purchased the remaining ninety-one acres of adjacent land in Northborough, Massachusetts. Guided by his stewardship to the land, he and Ann placed that property into a trust with the Sudbury Valley Trustees in 2005. By doing this, he and Ann assured that the tract is kept intact as wildlife preservation and is available for everyone to enjoy for recreational activities, such as cross-country skiing, hiking, and walking.

Over the course of his lifetime, Bill displayed true dedication towards his beliefs, and particularly to that of his family.

Bill loved the outdoors, and was an accomplished mountaineer, cyclist, skier, and sailor. He and his wife Ann and three of his children climbed all 48 of the 4000 footers in New Hampshire’s White Mountain National Forest. He enjoyed cycling, and had a custom fabricated closet constructed in his office at Jamesbury so that he could commute by bicycle from Northborough to Worcester. Particularly in his later years, he was an avid Nordic and Alpine skier. He carefully maintained a wooden boat and loved to sail in Little Pleasant Bay in Orleans, MA. His interest in the natural world included a passion for herpetology, and bird watching, particularly on Cape Cod as a member of the Audubon Society. Bill also loved classical music and actively attended performances and supported his children in development of their musical talents.

In lieu of flowers, donations may be made to the Appalachian Mountain Club (www.outdoors.org) or the Sudbury Valley Trustees (www.svtweb.org).

We will always carry your memory, and your passion for life in our hearts.

This is when I take you

Into my arms and coo

YOU BRAVE AND GLORIOUS THING

you’ve come so far, I see you

your beauty is breathtaking.