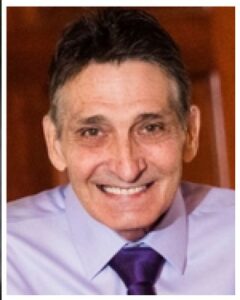 Joe was a Shrewsbury resident for most of his years and was famous, amongst his friends and family, for his spaghetti sauce, kind heart, and big dreams. In his early years, Joe was an avid water skier and fisherman. He played and coached his sons in hockey and baseball for many years and loved watching the Boston teams win championships. Joe loved to engage people in stories, and everyone who knew him undoubtedly has a story to tell.

Joe graduated from Sacred Heart in 1972 and followed up his education over the years, earning an Associate’s Degree from Quinsigamond Community College in 1993. He worked at Spag’s before pursuing a variety of business ventures ranging from owning and operating the “Gold/Silver Exchange” in Worcester, MA, to his import/export companies “We-Cycle,” “World Wide International Network Inc.,” and “Liberty International Trading, Inc.” to name a few.

An entrepreneur at heart, Joe spent his life thinking and dreaming of ways to develop his fascinating ideas and create business ventures, some of which involved connecting a group of Chinese delegates to the Worcester Chamber of Commerce and building the Liberty World Trade Center. He also was president of MDDA, a support group for people with depression, manic-depression, and other psychiatric disorders. MDDA was near and dear to his heart as he had his own battles with mental illness throughout his life.

Undeniably, Joe’s greatest passion was his two sons, Joe and John, whom he devotedly encouraged, mentored, coached, and loved dearly every day of his life. Joe will be missed more than he will ever know.

Relatives and Friends are cordially invited to attend visiting hours at the Chiampa Funeral Home, 5 Church Road, on the Common, Shrewsbury Center, on Tuesday, January 17, 2023, from 4-7 pm. Funeral mass will be held at St. Anne’s Church, 130 Boston Turnpike, Shrewsbury, on Wednesday, January 18, 2023, at 11 am.

In lieu of flowers, donations may be made in Joe’s honor to the National Alliance on Mental Illness, https://nami.org.