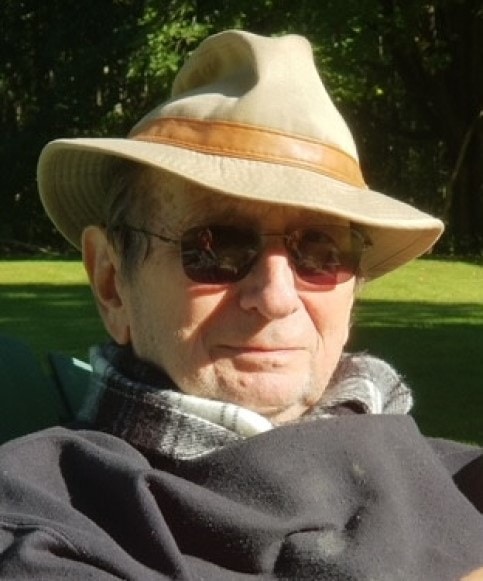 He was the son of the late Joseph and Katherine (Lulay) Markert.

Richard was the beloved husband and dance partner of his “True Love” Margaret ‘Peg’ Markert for over 61 years. Peg returned to God September 2, 2021.

Born and raised in Queens, Richard graduated from Bishop Loughlin High School in Brooklyn, NY, which, along with college courses, gave him the education and skills he needed to have a rewarding and fulfilling career as an electrical engineer. Richard was a dedicated and hard worker. He was blessed with long careers at several companies, including Data General and then Ektron Kodak until his retirement.

Richard was a member of the Southborough Senior Center, where he & Peg spent time with friends playing bingo, taking bus trips and doing the audio for the Senior Singers as his bride was on stage singing.

Richard loved gardening and being outside in his yard. He also loved music (especially jazz and big band), food, reading, puzzles, trains and boats. And to say Richard was multitalented is an understatement. From fixing cars and electronics, to general house repair and building things like a shed that matched their house, he amazed us with all he was able to accomplish. Richard’s granddaughter, Meg, was there as his helper many times throughout the years with everything from painting, fixing and building things and so much more. They had so much fun doing it together.

Most of all, Richard loved his family and made many sacrifices over the years, (which he never saw that way), to do what was best for them. Throughout the years of Peg’s declining health, he was by her side caring for her and loving her. Their love was the true meaning and example of unconditional love. Throughout their years together, Richard & Peg would hold hands and never part without a kiss. We are comforted knowing that that are now together always and are holding hands, hugging, kissing, dancing, singing, talking and laughing together once again.

His life was a witness to his faith, living a life of love and service to all with a warm, caring and generous heart.

A Mass of Resurrection will be on Friday, January 20th at 10:30am at St. John Evangelist Church, 20 Church Street, Hopkinton.