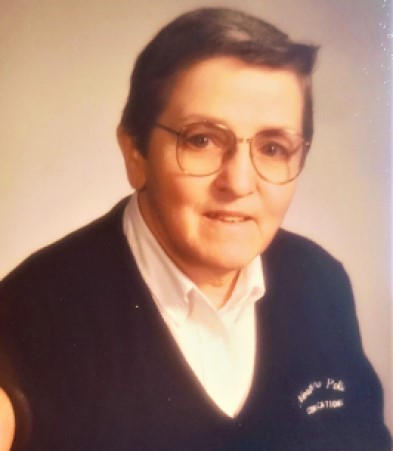 Northborough – Doris C. Crossman, beloved mother and mémé and lifelong resident of Northborough, passed away in the early morning hours of Saturday, January 21, 2023. She was 85 years old. Doris was one of two daughters to Arthur J. and Bertha R. (Vigeant) Gauvin.

She attended St. Stephen’s H.S. in Marlborough and later, Worcester Girl’s Trade. In 1968 Doris began working with the Northborough Police Dept as a school crossing guard. As the opportunity became available she accepted the position of EMS dispatcher within the police department, a position she would devote the next 30 years to. She has proudly maintained her membership within the Northborough Police Assn., Mass. Coalition of Police and the Central Mass. Police Assn.

With a true patriotic spirit Doris would proudly serve as a poll warden and maintain post with her constant presence at town meetings and elections. She volunteered as a coach for Northborough’s Lassie League during the 1970’s and for many years worked part-time in the Marlborough Hannaford Market. In the earlier years she and her husband, Almon “Sonny” Crossman and their four daughters enjoyed trailer camping at Disney and vacationing at their Dennisport home. In 1986, Her beloved husband of 26 years passed away suddenly. With a strong foundation of Faith, Doris focused her life on her family and church. She was a longtime parishioner of Saint Rose of Lima Parish where she also volunteered as greeter and usher. After her retirement in 1999 as a dispatcher, Doris would maintain a constant watch over “her boys” via her home scanner. She took pride in maintaining her Whitney Street home and enjoyed every opportunity to roll out the John Deere yard tractor for another project.

Doris’ family wish to thank the staff of Beaumont of Northborough for the compassion, care and friendship shown to Doris during her final days. They also respectfully suggest in lieu of flowers that memorial donations be directed to St. Jude Children’s Research Hospital, 501 St. Jude Place, Memphis, TN 38105 (www.stjude.org).