Grafton Community Advocate Staff - June 19, 2015
0
Grafton – The Grafton Board of Selectmen discussed two requests concerning the Grafton Public Library at the board’s June 16 meeting. The requests, which would have to be approved by the voters at Town Meeting, were for an application for a grant to improve the library, and $150,000 for architectural plans for the construction of a new town library.

Grafton Lions hard at work to help their community

Grafton Community Advocate Staff - June 19, 2015
0
Grafton - At the end of a long dirt road, a low, modest building sits in between Lake Ripple and groomed fields that stretch to woods. The little building is the home of the Grafton Lions Club, located at 68 Brigham Hill Road in Grafton, the owners and caretakers of 18 acres of land used by soccer players, dog walkers, and campers alike.

Grafton Community Advocate Staff - June 19, 2015
0
Shrewsbury/Grafton – Lynn Ljunggren of Shrewsbury clocks a lot of time commuting. She’s a fulltime senior administrator at Raytheon in Marlborough, a piano accompanist with children choruses in Shrewsbury, and a church choir director and organist in North Grafton. A lifelong passion compels her to manage this busy travel schedule.

Grafton Community Advocate Staff - June 19, 2015
1
Grafton – Retired Army Maj. Gen. Robert Catalanotti of Grafton returned.to his alma mater May 16 to deliver the commencement address at Assumption College in Worcester, where he graduated in 1980. He gained commission as a second lieutenant through crosstown enrollment in the Army Reserve Officers' Training Corps (ROTC) at Worcester Polytechnic Institute (WPI).

Grafton Community Advocate Staff - June 18, 2015
0
Grafton – The Grafton High girls’ track and field team has not had a recent history of success, but that changed this spring when they achieved a perfect 8-0 record, averaged 100 points per meet, were Southern Worcester County League (SECL) East champions for the first time since 2006 and were overall SWCL champions for the first time since 1996. The squad also took home third place in the 2015 District Class B meet.

Grafton Community Advocate Staff - June 18, 2015
0
Grafton – Finding the right mix in high school sports can often present challenges, but one program that got it more than right this year was the Grafton High School boys’ track and field team.

At the heart of Grafton’s Polish community, a hand-built home

Grafton Community Advocate Staff - June 17, 2015
0
Grafton - There’s something about the tables - long, banquet-style, with chicken soup and turkey and (if the hosts were good) a bottle of whiskey in the middle. The tables seem to have worked their way into people’s collective memory of the Polish National Home (PNH) in South Grafton, an unforgettable presence in the Polish wedding celebrations held in the second story hall. Perhaps it’s because of the disappearing act they had to perform by the end of dinner. Broken down, swept aside, pressed up against the wall  they could be anywhere but the center of the floor. With wax scattered and the band prepared, it was time to dance. The polka and the “Oberek” of course.
1...858687...98Page 86 of 98 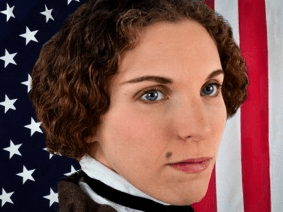