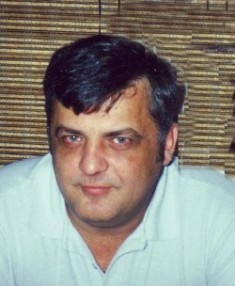 Shrewsbury – George E. Snyder, 54, passed away Tuesday June 28, 2011, in the University of Massachusetts Hospital after being stricken ill at home.

Born in Worcester, his father was the late George G. Snyder and he had been a lifelong resident of Shrewsbury.

He is survived by his devoted and much loved family, including his mother, Elizabeth (Fassett) Snyder, with whom he lived; his two sisters, Linda M. Snyder and Denise A. Snyder, both of Shrewsbury; his brother, Philip J. Snyder and his wife Susan; a nephew, Timothy J. Snyder; three nieces, Katherine T. Snyder, Laurie M. Snyder and Kara E. Snyder-Gerardi; and aunts, uncles, other extended family and friends.

Mr. Snyder worked in the steel fabrication Industry. He began as a heat treater/furnace control for Wyman-Gordon Company and in the same capacity for County Heat Treating before retiring due to illness. He was an attendee at St Anne Church, and enjoyed hunting, fishing and his garden.

Friends and relatives are invited to visit with the family Thursday June 30, from 5 to 8 p.m., in the Mercadante Funeral Home & Chapel, 370 Plantation St., Worcester. His funeral will be held Friday July 1 from the funeral home with a Mass at 10:30 a.m. in St. Anne Church, 130 Boston Turnpike Rd., Shrewsbury. Burial will follow in St. John Cemetery.