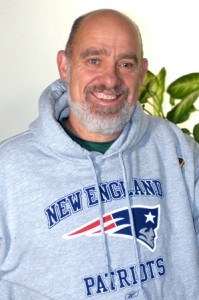 Shrewsbury/Marlborough – For lifelong Marlborough resident Mark Vital, a chance meeting became a call to action. Recently, a friend of Mark's, Julie Ciolino, was at the homeless shelter in Worcester run by Vets, Inc., which is headquartered in Shrewsbury. While at the shelter, she came across a vet wearing a Washington Redskins sweatshirt and commented that he was in “Patriot's Nation.” 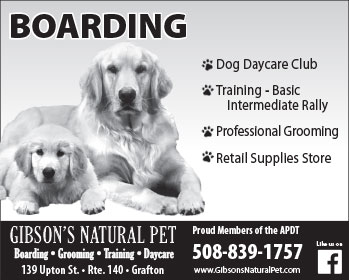 His response was, “I know, but it is the only shirt I have.”

Ciolino recounted the story to Vital and just a few days later “Sweats for Vets” was born.

Vital has a special connection to veterans. He graduated from Marlborough High School in 1979 with an ROTC scholarship, attended Clark University and received his military sciences courses at Worcester Polytechnic Institute (WPI). The day after receiving a psychology degree from Clark, Vital was commissioned as a 2nd Lieutenant and served in the Army's Corp of Engineers at Fort Ord, California from 1983 to 1987. Following his service in the army, Vital was hired as the Personnel Director for Worcester Area Community Mental Health Center, now referred to as Community Healthlink. Currently, he is a middle school English teacher and a track coach at the Advanced Math and Science Academy Charter School (AMSA) in Marlborough.

As a veteran himself, Vital believes that we should do everything in our power to support our soldiers, especially those who are homeless around Christmastime.

“Our country owes vets our eternal gratitude for all they have given to us. I want to do everything in my power to say thank you,” Vital said, adding, “they have sacrificed so much for us and are the most deserving citizens.”

As his way of saying “thank you,” Vital spearheaded the “Sweats for Vets” initiative with the goal of “clothing and bringing a smile to the faces of homeless veterans by providing them with a sports-related sweatshirt on Christmas Eve.”

Anyone interested in donating a men's size large or extra-large sweatshirt can drop it off at AMSA (201 Forest St., Marlborough), Julio's Liquors, (140 Turnpike Rd., Westborough) or email Vital at run5kfast@yahoo.com and he will pick it up. Ideally, the sweatshirt should be wrapped.

All collected sweatshirts will be distributed to the anticipated 125 homeless veterans who will be at the veterans’ homeless shelter on Grove Street in Worcester on Christmas Eve morning. Vital and his students will be preparing breakfast for the vets as well. If the sweatshirt donations exceed expectations, Vital will take the surplus to transitional homes across New England.

“I would like every homeless veteran to have a sweatshirt that has a Patriots, Red Sox, Celtics or Bruins logo on it. It is amazing, even our homeless veterans are proud to be Boston sports fans,” Vital said.

For more information on Sweats for Vets visit http://www.facebook.com/#!/groups/sweatsforvets/.