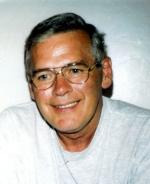 Framingham – John F. Daniels, 75, of Framingham, formerly of Hudson, died Wednesday, June 20, 2012, surrounded by his loving family, at the residence he shared with his companion, Diane Hopkins.

John was born and raised in Worcester, where he attended local schools. He later attended the Massachusetts College of Pharmacy. He served in the U.S. Army from 1956 to 1958 after being honorably discharged.