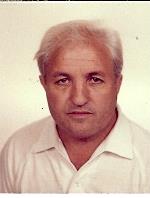 Hudson – Octavio “Lara” Da Fraga, 75, of Hudson, died Sunday, April 14, 2013 at Kindred Transitional Care and Rehabilitation Center in Marlborough. He is survived by his wife of 36 years, Eileen (Bush) Da Fraga of Marlborough.

Octavio was born and raised in Chaves, Portugal, son of the late Manuel Pereira and Isaura Da Fraga. He has been a longtime resident of Hudson and worked as a chef for several local restaurants over the years, including the Hudson Portuguese Club. He was a member of the Hudson Portuguese Club and member of Saint Michael's Parish in Hudson. He was an avid and loyal fan of the Sporting of Lisbon Soccer Club.

Besides his wife, he is survived by his two sisters, Izolete Da Fraga and Maria Da Fraga, both of Portugal; his two sisters-in-law, Kate Lacouture of Illinois and Margaret Bush of Boston; and his brother-in-law, Robert Bush of Southborough. He is also survived by his godson, Daniel Coutinho of Connecticut, and his very close friends, whom he considered family, Ilidio Coelho and family of Berlin, Manuel Coutinho and family of Connecticut, and Acasio Silva of Hudson.

A funeral Mass will be celebrated Saturday, April 20, at 9:00 a.m., in Saint Michael's Church, 21 Manning St., Hudson. Burial will follow in Saint Michael's Cemetery of Hudson. Family and friends may attend calling hours Friday, April 19, from 6:00 to 8:00 p.m., at the Tighe-Hamilton Funeral Home, 50 Central Street, Hudson.