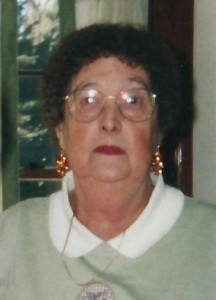 She leaves her two daughters, Susan M. Remillard of Rochdale and Beverly A. Seavey and her husband, Donald of Shrewsbury; two grandchildren, John Seavey of Oxford and Dawn Hunt of Millbury; four great-grandchildren, Gabrielle, Nathan, Luke, and Tyler; and a sister, Sandra M. Stimpson of Millbury. She was predeceased by a brother, Arthur C. Fairbanks Jr.; a son-in-law, Byron Remillard; a grandson, John Paul Remillard; and her former husband, Roland J. Hopkins.

Catherine had worked as a Nurse's Assistant at the Castle Park Nursing Home in Worcester for 25 years before she retired in 1993.

She was faithful member of Saint Mary's Parish in Shrewsbury. She enjoyed crossword and jigsaw puzzles, and spent many hours being entertained by watching old movies. She loved all sorts of animals.

Relatives and friends are invited to visit with Catherine's family Wednesday September 18, from 5 – 7 p.m., in the Britton-Shrewsbury Funeral Home, 648 Main St., Shrewsbury. Her funeral will be from the funeral home Thursday, Sept. 19, with a funeral Mass at 10 a.m. in Saint Mary's Church, 640 Main St., Shrewsbury. Burial will follow in Hillside Cemetery, Auburn.

Memorial donations can be made to the Worcester Animal Rescue League, 139 Holden St, Worcester, MA 01606.