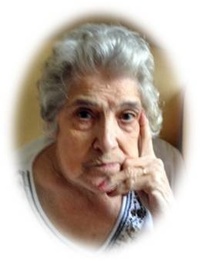 Westborough – Shirley Williams, 83, passed away peacefully Thursday, Nov. 14, 2013 at the Coleman House in Northborough. She was the wife of the late Albert Williams.

Born in Sutton, she was the daughter of the late Peter and Rose Alma (Champagne) Bouvier and was educated in Grafton schools.

Shirley was employed as a stick cutter at Bay State Abrasives for 34 years, retiring in 1992. She enjoyed baking, especially liked cake decorating, and made many wedding, birthday and all occasion cakes. She enjoyed spending time with her grandchildren and their hobbies.

Shirley happily spent the past 4? years residing at the Coleman House Assisted Living in Northborough, previously living in Westborough for many years.

Her funeral service will be held Monday, Nov. 18, at 10 a.m., in the Rand-Harper-Pickering Westborough Funeral Home, 62 West Main St., Westborough. Burial will follow in Pine Grove Cemetery. Calling hours at the funeral home are Sunday, Nov. 17, from 2 – 5 p.m.

In lieu of flowers, donations in her memory may be made to the Coleman House Activities Fund, 112 West Main St., Northborough, MA 01532.