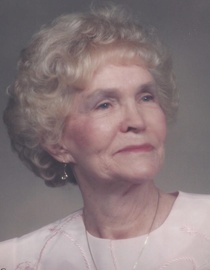 She is survived by her daughter, Maura Murphy of Boston; her son, Francis X. Murphy and his wife Carole of Falmouth; her son-in-law, Charles Boukalis of Worcester; her grandsons Ryan and Brendan Murphy; her step-daughters, Rebecca Graves, Susan Jackson, and Shirley Senteney of Arkansas; and her daughter-in-law, Gail Jewel of Virginia. She was predeceased by daughter Elaine Boukalis, co-owner of Corner Lunch Diner in Worcester, and Richard V. Murphy of Virginia.

Montene was born and reared in Albany, Georgia, daughter of the late Dolly and Vernon Garrett.

Montene and daughter Elaine co-owned and operated Central Answering Service of Westborough for many years.

Her funeral service will be held Monday, April 27, at 10:30 a.m., in the Britton-Summers Funeral Home, 4 Church St., Westborough. Burial will be private in Milton Cemetery, Milton. A calling hour will precede the service from 9:30-10;30 a.m.