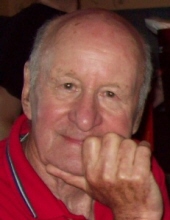 Northborough – Richard “Rick” H. Gaudette passed away Tuesday, July 28, 2015 with the grateful support of Salmon Hospice Care and the Staff at Beaumont of Westborough. His beloved wife, Irene M. (Soares) Gaudette, died in 2007 after 45 years of marriage.

He leaves his son, Michael and his wife Laurie, and two grandchildren, Heather and Daniel, all of Northborough. He is also survived by his brother, Robert of Ft. Myers, Fla., and his sister, Marie Carberry of Portsmouth, R.I. His brothers, Edward and Leo, predeceased him.

He enlisted in the U.S. Coast Guard in 1949 and was honorably discharged in 1962 as a Hospital Corpsman 1st Class. In 1955, he was selected to take part in the historic geophysical exploration and establishment of scientific research facilities on the Antarctic Continent designated “Operation Deepfreeze I.” Upon returning to the Boston area, he worked at Tufts University Dental School in Boston and Astra Pharmaceutical Corporation in Worcester as a Statistician.

After retiring, he traveled extensively throughout the U.S. with his wife and friends. In his later years he became a member of Grace Baptist Church in Shrewsbury and enjoyed volunteering his time.

There will be no calling hours. A memorial service celebrating his life will be held Saturday, Aug. 1, at 11 a.m., at Grace Baptist Church, 10 Stanley Rd., Shrewsbury. Burial will be private at a later date.

In lieu of flowers, donations can be made to Compassionate Care ALS of Falmouth MA at www.CCALS.org. Hays Funeral Home of Northborough is assisting the Gaudette family with arrangements.