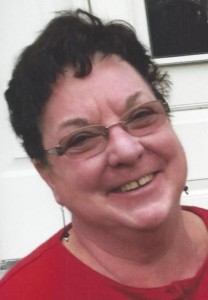 She is survived by her spouse of 17 years, Carol Ringer; her niece, MaryBeth Graham, and nephew, Nicholas Graham, who she parented with her wife Carol; her mother, Barbara O’Doherty of Pepperell; six siblings, Constantine and Lynn O’Doherty of Pocasset, Sharon O’Doherty of Concord, Diane and William Hadley of Billerica, Catherine and Michael O’Doherty of Worcester, Gerard O’Doherty, Cecelia Nunez O’Doherty of Lincoln, and Maggie and Burke Bero; and many special nieces and nephews and friends she loved dearly.

Maureen received her Bachelor degree from Fitchburg State and later obtained her Master’s degree from the same institution.

Maureen was Vice President of the Human Resources at Seven Hills Foundation in Worcester for many years. She later worked in Human Resources for the Greater Marlborough Programs, Inc. She made significant contributions as a champion to the cause of those in need.

She enjoyed tending to her garden, reading, cooking and for many years was an avid tennis player. Hosting gatherings at home with her spouse Carol created prized memories for her friends and family.

In lieu of flowers, donations can be made to The Seven Hills Foundation, 81 Hope Ave., Worcester, MA 01603.

All are invited to gather with Maureen’s family and friends Sunday, Jan. 24, from 1-3 p.m., at Roney Funeral Home, 152 Worcester St., North Grafton, followed by a prayer service at 3 p.m. in the funeral home. She will be laid to rest privately at her family’s convenience.