Westborough – After a two year process of studying options for the disposition of the Westborough State Hospital, which was acquired by the town in 2014, the Board of Selectmen voted at its Nov. 29 meeting to award the bid to Pulte Homes. The bid, at $7 million, will allow the developer to build an over-55 community at the site located off of Lyman Street and bordering Lake Chauncy.

The state closed the former hospital in late 2010, moving patients housed there to a facility in Worcester. Since that time, vandals have stolen copper wiring and trashed many of the 60-plus buildings. The town purchased the property from the state in July 2014 for $2.2 million. 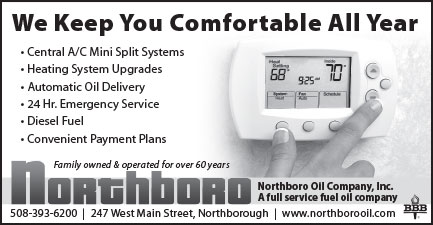 After the purchase from the state was approved, a reuse committee was established to review possible options for the 100-acre property. The group, including Selectman Ian Johnson, Town Manager Jim alloy, Brian Bush, Jim Robbins, Francisco Torres, Gary Kessler and Hazel Nourse, also solicited opinions from the public. A Request for Proposal (RFP) was issued earlier this year which was in compliance with requirements of the land disposition agreement with the commonwealth and was approved by the state’s Division of Capital Asset Management and the Mass. Historical Commission.

After town officials held an open house of sorts for potential developers in July, bids were submitted from Lyman Street Development LLC and Gary Sloan Studios as well as Pulte. The reuse committee rated the proposals based on the following criteria: restrictions/conditions; historic preservation; cultural impact; effect on the existing neighborhood; economic impact; environmental impact and strength of development team.

The committee reviewed a report from Fire Chief Patrick Purcell regarding EMS impact, an economic impact report from Chief Assessor Jonathan Steinberg and a letter from the Mass. Historical Commission. They also reviewed also RFP/rating criteria on all proposals, the Urban Land Institute Report and Planning Charrette Report.  Pulte homes had the highest score of 35.3 out of 50.

Malloy noted that meetings will now be set up between various departments and Pulte representatives to ensure that Pulte knows what each department will be looking for regarding site plans, permits, etc.

“Some nice things about Pulte’s proposal are they will maintain open spaces and protect the lake front and the ball fields,” Selectman Ian Johnson said.

Reid Blute, vice president of Pulte Homes, thanked the board, Malloy and his staff, as well as other members of the working group for their consideration.

“We are very excited to have this opportunity to work on the redevelopment of the Westborough State Hospital property,” he said. “It’s a unique property and we know the benefits that Westborough has to offer.”