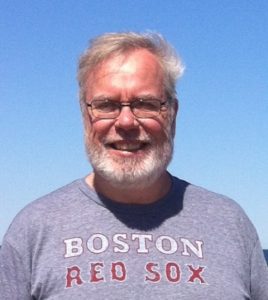 Natick – Charles H. Flood, 60, of Natick, formerly of Westborough, passed away Thursday, March 9, 2017 at the Brigham and Women’s Hospital in Boston. He was the husband of Michele M. Hemming.

Born in Arlington, he was the son of the late Charles and Janet (Hadden) Flood. He was educated in Westborough schools and was a 1974 graduate of Westborough High School. He also graduated from Framingham State College earning a Bachelor’s Degree in Geography.

Charlie was employed as a software product specialist. He loved maps, road trips, all New England sports teams, dumpster diving and was an avid lover of music. He also enjoyed helping his children with projects on the home.

In addition to his wife, he is survived by two children, Sarah A. Chysna and her husband Chad of Northborough and Bowen S. A. Flood and his wife Jillian of Hudson; two sisters, Susan Coviello of West Boylston and Robin Tougas of Framingham; one brother, Jonathan Flood of North Grafton; two cousins, Gordon Hughes and Cindy St. Denis; four grandchildren, Aaron, Evan, Ryan and Logan, and another granddaughter due any day; and many nieces and nephews.

In lieu of flowers, donations in his memory may be made to the Lustgarten Foundation.