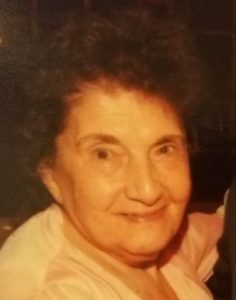 Marlborough – Josephine R. Luke, 91, of Marlborough, passed away peacefully Monday, April 24, 2017 at the Marlborough Hills Health Care Center. She was the wife of the late Paul H. Luke Jr.

Born in Marlborough, she was the daughter of the late Emmanuel and Rose (Zanca) Rando. She was educated in Marlborough schools and was a graduate of Marlborough High School. She also attended the New England Conservatory of Music in Boston.

Josephine worked for many years as a machinist operator assistant at Design-Pak. She also worked as a short order cook at Friendly’s.

She was an avid pianist playing piano for many churches and in her early years played in a jazz band called the Star Dusters. She was a communicant of the Immaculate Conception Church and has lived in Marlborough most of her life, briefly residing in Florida with her daughter for six years.

Josephine is survived by three children, Karen Louise Murphy and her husband Richard of Bradenton, Fla., Paul Henry Luke III of Shoreline, Wash., and David Michael Luke and his wife Cynthia of Marlborough; three grandsons, Richard Murphy Jr., Thomas Murphy and his wife Christine, and Robert Murphy and his fiancé Cathryn King; and two great-grandchildren, Lillian Rose Murphy and Olivia Claire Murphy. She was the sister of the late Eleanor Phillips.