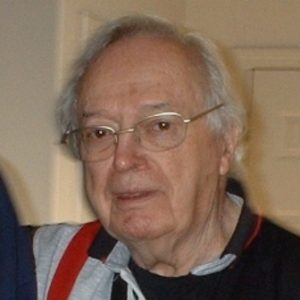 Northborough/Westborough – Charles H. “Charlie” Harper, 89, formerly of Northborough, died Thursday, April 27, 2017 in his home in Cary, N.C. He was predeceased by his wife, Jean; his sister, Carol Bercume; and his brother, Herbert Harper.

Charlie was the son of the late Almon and Bessie (Anderson) Harper, and grew up in Providence, R.I. and Boston. He served in the U.S. Army from 1946-1947 and participated in the Allied Occupation of Japan.

He received a B.S. in Education from Boston University in 1952 and worked as a human resources manager for several years. He was Personnel Manager for Astra Pharmaceutical Products from 1970-1981. He received commendations from Presidents Carter and Reagan for his community service work with OIC of America and the National Alliance of Business.

Charlie lived in Westborough for many years. He was a longtime member of St. Stephen’s Episcopal Church, where he served in the choir and as a lay reader. He was also a member of the Westborough Community Chorus.

In retirement, Charlie enjoyed writing. He wrote weekly newspaper columns and reported on local events for the Voice and the Westborough News, and also wrote several plays and novels. He and Jean enjoyed many wonderful years as residents of the Birchwood Adult Community in Northborough.

Charlie’s funeral will be held Friday, May 12, at 2 p.m., at St. Stephen’s Episcopal Church, 3 John St., Westborough. Burial in Howard Street Cemetery in Northborough takes place Saturday, May 13, at 9 a.m.