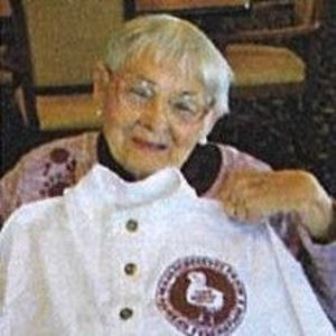 Born in Boston and raised in Dedham, she was the daughter of the late Radcliffe and Gertrude (Culverwell) Downey.

She was the wife of the late John M. Schipper, who died in 2013. Liolia and John met by chance at Moseley’s on the Charles in 1962. After a whirlwind romance, they married four months later and Liolia began her life as a farmer. The Schippers owned and operated Stonedale Farm in Southborough for the next 47 years. Stonedale, a dairy farm, was bought by John as a young man. Liolia assumed many of the farm’s daily responsibilities as well as running a household. They had the help of three young neighborhood boys, who, for 20 years helped with daily chores, as well as learning a strong work ethic from the Schippers. With no children of their own, the boys were treated as part of their family. She also worked as a waitress, often double shifts, at Longfellow’s Wayside Inn, Sudbury, for 41 years and always enjoyed returning to dine.

After the death of her husband, Liolia filled her life with what she enjoyed. She loved playing Bingo, watching old movies and television, especially the Andy Griffith Show and Wheel of Fortune, reading, with Abraham Lincoln as a favorite topic, doing crossword puzzles, snacking on gold fish crackers and Reese’s peanut butter cups, and listening to classical music. She never tired of reminiscing about her days on the farm and in 2016 was dubbed an honorary “Farm Bureau Chick” by the Massachusetts Farm Bureau and was presented with a jacket that was specially made for her.

Frances A. Small, 67, of Westborough