Marlborough – Many area residents became accustomed to attending a seasonal event from 2008 to 2015. After a 2016 hiatus, they got their holiday wish this year.

The MetroWest Festival of Trees & Holiday Sampler took place Dec. 8 to 10 at the Best Western Royal Plaza Trade Center in Marlborough. This year’s proceeds from a raffle of decorated trees and wreaths as prizes, as well as event sponsorships benefitted the Boys & Girls Clubs of MetroWest (BGCM) with clubhouses in Marlborough, Hudson and Framingham. 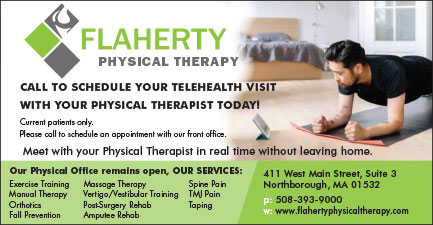 Businesses, nonprofit organizations and concerned residents sponsored about 75 trees and wreaths. Their decorated entries were displayed throughout the weekend. Guests could purchase raffle tickets for a chance to win their favorite tree or wreath.

The festival also featured over 90 vendors including artisans and crafters, businesses and nonprofit organizations. Live musical entertainment and kids’ crafts were provided. Children also got the chance to meet Santa Claus.

In past years, a tree festival was organized by the Marlborough Historical Society as its major fundraiser. This year’s festival was produced by the Andover-based Paragon Shows. BGCM acquired the sponsors for the event, trees and wreaths.

Some volunteers of the past tree festival helped with this year’s weeklong setup. Kevin Clement of the family-owned Paragon Shows noted his appreciation of experience shared with him by former event chair and historical society curator Bob Kane.

“Bob is happy that someone is carrying on the tradition,” he said. “I consider him the Festival of Trees ambassador.”

A popular attraction of past festivals was a miniature Victorian village with over 100 buildings and model trains. The train-and-village set was owned by the late Glenn Foley, a historical society trustee who passed away last February. Clement recently purchased the set and displayed it at this year’s festival. He’s hopeful that the MetroWest Festival of Trees will once again become an annual event.

“I’m ecstatic about the partnership with the BGCM,” Clement said. “I’m seeing smiles on people’s faces. Why wouldn’t I want to do the festival here every year?”