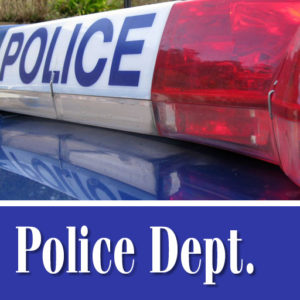 On February 26, 2018 at 1211 hours the Shrewsbury Police responded to #63 Lamplighter Drive for a report of an armed home invasion that occurred at this address. Upon arrival Shrewsbury Police determined that two suspects had entered the house and assaulted one victim and threatened the second victim with a knife. The suspects are described as an African American male, approximately six feet tall wearing a two-tone sweatshirt and the second suspect described as a dark skinned male, possibly Hispanic, with a scruffy beard and mustache and glasses. One of the victims received minor injuries and was treated at the scene. A wallet was stolen from one of the victims. The two suspects fled the area on foot. The Shrewsbury Police along with the Marlboro K-9 and the Mass. State Police searched the area for over an hour but the suspects were not located. The Shrewsbury Police Detectives continue to investigate the crime and are asking anyone with any further information contact Detective David Faucher at 508-841-8436.