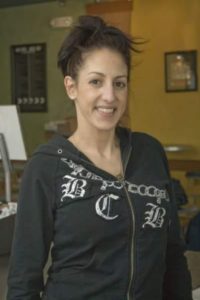 Marlborough – Melissa DeMichele, 46 of Marlborough, passed away Monday, April 23, 2018, at UMass Medical Center in Worcester, surrounded by her loving family, after a brief period of declining health.

Melissa was born in Newton, a daughter of Sheila M. (Anderson) DeMichele and Jerome DeMichele. She was raised in Hudson, where she attended high school. She was a former member of Christ the King Church and Saint Michael Parish, as well as the Hudson Elks.

Melissa was a beautiful person both inside and out and she had a keen sense of fashion, which she put to use selling clothing online in her spare time. Melissa’s world revolved around her three sons whom she adored with all her heart.

Relatives and friends are invited to a period of calling hours Saturday, May 5, from 3-5 p.m., at TIGHE HAMILTON REGIONAL FUNERAL HOME, 50 Central St., Hudson.