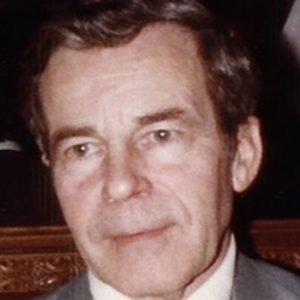 Paul was born in Leominster, the son of Wilfred and Delia (Cote) Vaillette. Raised in Leominster, he graduated from St. Bernard’s High School, class of 1943. On Sept. 11, 1954, Paul and Rose married, lived over 60 years in North Grafton, a short period in Westborough before moving to Worcester.

Paul worked many years as a Mechanical Designer Engineer for various companies, retiring from Dennison Manufacturing Company in 1992.

Paul enjoyed following all of the Boston sports team and he was a huge Patriots fan where he never missed a game. He was very handy around his home and could practically fix anything. He also enjoyed solving brain teaser type puzzles, reading the newspaper to keep up with world events and taking long walks for exercise.

Paul’s funeral service will be held Tuesday, June 19, at 12 p.m., in the MERCADANTE FUNERAL HOME & CHAPEL, 370 Plantation St., Worcester. Burial with Rose will follow in St. John Cemetery. A period of calling hours will be held from 11 a.m. to the time of the service.

In lieu of flowers, memorial remembrances in Paul’s name can be made to the American Heart Association, 300 5th Ave., Waltham, MA 02451.