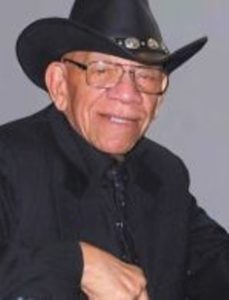 Grafton – Richard A. Ward, 89, while in the company of family, passed away peacefully in the comfort of his home on the afternoon of Dec. 29, 2019 following complications from cancer.

Richard is survived by his beloved wife of 29 years, Sharon D. Ward. Together, with Richard’s philosophy of “if not now, when,” they enjoyed life’s journey with its ups, downs, twists, turns and special times. They enjoyed visiting friends and family, traveling, hiking, motorcycle riding, bicycling, gardening and Myrtle Beach.

Richard was born and raised in Grafton. He was the son of the late Grace E. (Phelps) and Luther A. Ward. He was predeceased by two sisters, Barbara Brown and Beatrice M. Packer, and three brothers James Ward, Luther A. D. Ward Jr., and William H. Ward.

Richard will be remembered for his love of the Lord, his kind heart, and love of family. He will also be remembered for his willingness to freely give advice, his one liners (i.e., I didn’t get here on my own, it was the man upstairs who was looking out for me; it’s not what you make, it’s what you do with what you make; save a percentage of your money each week even if it’s one dollar, put it in a locked box and don’t touch it) his ability to build and fix almost anything, his excellent math skills, and his love for gadgets and fine tools.

After military retirement, he worked as a Machinist at Jamesbury Corporation and at the Worcester Youth Guidance Center.

A Book of Memories to share a favorite story or message of sympathy with his family is available online at www.RoneyFuneralHome.com.

A special thank you to the staff at Liberty Church, Roney Funeral Home, Doctor Prashantha D. Holla, MD and his staff, all of the CNAs who cared for Richard over the past years, Massachusetts Veteran’s Service District, Central MA Hospice, VNA of Southern Worcester County, Everest Home Healthcare staff and the many friends and family who provided support.