Northborough – Fire Chief David Parenti appeared before the Jan. 14 meeting of the Board of Selectmen to introduce two new Firefighter/Paramedics. Ioanis Pintzopoulos and Brian Hatch were sworn in by Town Clerk Andrew Dowd before the selectmen, town officials, colleagues and family.

Pintzopoulos graduated in 2004 from high school and attended Salem State College where he received his degree in elementary education and American studies in 2008. 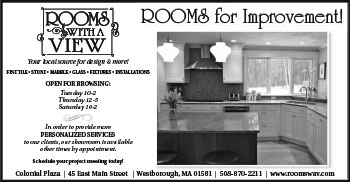 “I guess he decided he wanted something different so he went to school to become an EMT and now he is in school to be a paramedic at Quinsigamond Community College,” Parenti said. “HE is expected to graduate in May and then he will attend the Fire Academy.”

Hatch, Parenti said, “is a local boy.” He graduated from Algonquin in 2015 and is currently attending Quinsigamond Community College.

“Both Ioanis and Brian were hired directly from our force which is really nice,” Parenti noted. “Both are great hires and we are really excited about them.”

“The chief has really high standards for people that he brings into his department and it speaks well to you and your motivation and to the paramedic degrees, so congratulations,” stated Selectman Jason Perreault. His remarks were echoed by the other selectmen.