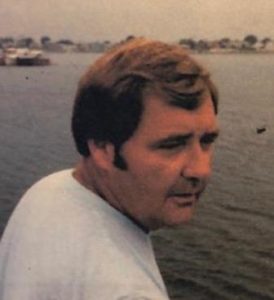 Westborough – Richard Lee Hopkins, 76, of Westborough, formerly of Holland, Mass., passed away Jan. 30, 2019 after a period of declining health.

Dick leaves his “daughters three,” Leigh Walker of Westborough, Sharon Hopkins of Worcester, and Jennifer Smallidge of Ellicott City, Md., as well as his two sisters and their husbands, Deborah and Ray Vorce of New Castle, N.H. and Suzanne and William McDonough of Shrewsbury. He was predeceased by his parents, Leonard and Connie Hopkins, and his beloved brother, Douglas. Dick leaves his grandchildren, Carleigh Gaudreau, Zachary and Mallory Walker, Evelyn, Jeremy and Audrey Smallidge, as well as several treasured nieces and nephews.

Born March 6, 1942 in Lyndonville, Vt. and raised in Lexington, Dick had a love a cars and “tinkering” at an early age. He graduated from Lexington High School in 1960 and Wentworth Institute of Technology in 1962. His career spanned engineering, sales and executive positions, largely in the energy industry.

He was an avid boater and a long-standing member of the Watertown Yacht Club. He enjoyed excursions whether just down the Charles River or out on the open seas. When not on the water, he would seek the perfect campsite for his RV.

Dick was a character. He would engage in conversation with anyone, anywhere. He always had a story to share. His family was his biggest source of pride.

The family thanks the staff at Westborough Healthcare and Metrowest Homecare and Hospice for their kindness and caring.

Services will be private for family at a future date.

The family requests no flowers; donations are a lovely remembrance and both the Dana Farber Cancer Institute or the Alzheimer’s Association would be appropriate.