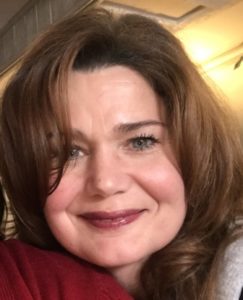 North Grafton – Elizabeth A. “Betsy” Colangelo, 49, of North Grafton, passed away on Friday, February 15, 2019 at St. Vincent Hospital, Worcester, after a brief illness. She was the wife of Kristian J. Colangelo.

Born in Worcester, she was the daughter of the late Robert Landry and Anne Tryon Adams. She was raised and educated in Westborough and was a 1988 graduate of Westborough High School. She also attended and graduated from Framingham State College.

Betsy was a communicant of St. Luke the Evangelist Church where she served as a Eucharistic Minister and had previously taught CCD.

In addition to her husband she is survived by one daughter, Isabella A. Colangelo of N. Grafton; one brother, Peter Landry and his wife, Teri, of Hanover; two sisters, Laura Tryon Jennings and her husband, Bill Judge, of Marshfield;  and Kate Chandler and her husband, Brian, of Franklin; her father and mother-in-law, Eugene and Dona Colangelo of Westborough; her sister and brother-in-law, Tammi and Tommy Armstrong of Westborough and many nieces and nephews.

Her funeral Mass will be celebrated on Saturday, February 23, at 10 a.m. in St. Luke the Evangelist Church, 70 West Main St., Westborough. Burial will follow in St. Luke’s Cemetery.

Calling hours at the Pickering and Son Westborough Funeral Home, 62 West Main St., Westborough, are Friday, February 22, from 4 to 8 p.m.

Flowers will be accepted or donations in her memory may be made to St. Luke the Evangelist Church Memorial Fund, 70 West Main St., Westborough, MA 01581.