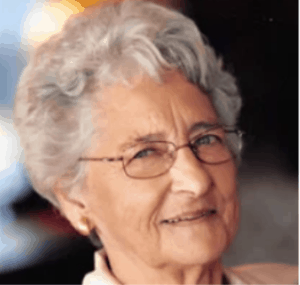 Shrewsbury – Nancy A. Morse, 88, of Shrewsbury, formerly of Northborough, passed away peacefully Feb. 16, 2019 in the Christopher House in Worcester. Her husband, Leon Morse Sr., died in 1993.

She is survived by her children, David Morse, Donald Morse (Ginny) of San Antonio, Texas, Susan Bouvier and Leon Morse Jr. of Shrewsbury, with whom she lived, and Pamela Romanelli (Frank) of Ogunquit, Maine, and her seven grandchildren, Pam, Alycia, Tommy Jr., Christina, Meredith, Joe, and Jessica. She also leaves behind five great-grandchildren and several nieces and nephews. Her sister, Ruth Boucher, died Feb. 5, 2019.

Born in Boston, Nancy was the daughter of the late Edward and Helen (Pelren) Stanford, and was raised in Northborough.

Years ago, she worked at Liberty Mutual in Worcester. She later worked as a waitress in local restaurants, including The Grille in Northborough. Most recently, Nancy was employed in medical records at UMass Medical Center until her retirement.

She enjoyed bowling at Sawyer’s Bowladrome, crocheting, knitting, needlepoint and making afghans. She and Leon loved going to the beach, especially the Cape and more recently the southern coast of Maine. They enjoyed walking on the beach and collecting sand dollars.

A calling hour will be held Friday, Feb. 22, from 11 a.m. to noon, at the Chiampa Funeral Home~Sumner House, 5 Church Road, On the Common, Shrewsbury. Funeral home service will follow at 12 p.m. Burial takes place at Howard Street Cemetery of Northborough.

In lieu of flowers, memorial donations may be made to National Kidney Foundation, 30 East 33rd St., New York, NY 10016 or www.kidney.org/donation.