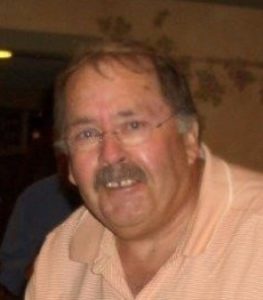 Northborough – Warren J. Gabrielson, 78, passed away on March 8, 2019, at Marlborough Hospital after a brief illness. Warren was born in Woonsocket, RI, a son to the late Arthur and Loretta (Bonin) Gabrielson. He spent his early years in Harrisville, RI. He was a graduate of Burrillville H.S., Class of 1959.

His work career was spent at the former Dennison Mfg. Co for 20 years, The Gun Room in Shrewsbury before he became a clerk in the Worcester Probate Court.

He had many hobbies including hunting in Rangeley, ME and golfing. Warren also coached youth hockey for several years with Northborough Youth Hockey & The Worcester Crusaders. After his retirement he ran the Senior Golf League in Northborough and was a volunteer for the Senior Center before falling ill.

Warren leaves his wife of 35 years, Cheryl A. (LeBel) Gabrielson; a son, Brett A. Gallagher and his wife Amy of Sharon and his two granddaughters, Ella and Chloe. He also leaves four children, Todd, Eric, Wendy and Susan and their families and one sister, Norma Taylor. His siblings Norman Gabrielson, Phyllis Presby and Jeannette George preceded him in death.

A funeral Mass will be held at 10am on Saturday, March 16th, at St. Rose of Lima Parish, 244 W. Main Street, Northborough. There are no calling hours; friends may meet the family at church. In lieu of flowers please consider a memorial contribution to the charity of your choice.

To leave a condolence for the family please visit www.HaysFuneralHome.com.