Marlborough – As part of a daylong infrastructure-centered tour of her district U.S. Representative Lori Trahan (D-MA-03) met with local leaders in Marlborough April 16 at Quest Diagnostics to learn more about the infrastructure and transportation needs of the 495/MetroWest region.

Before addressing the approximately 30 local business and municipal leaders, Trahan heard brief presentations from Paul Matthews, the executive director of the 495/MetroWest Partnership; Joe Zink, the president and CEO of Atlantic Development; and Jonathan Gulliver, highway administrator for the state’s Department of Transportation. All three emphasized the positive impact of the expanding economic development in the region but noted with caution the importance of improving infrastructure and transportation, particularly the I-495/I-90 interchange.

One of those successful economic stories is the development of the 109-acre former Hewlett Packard property which, after a $350 million investment by Atlantic, is now home to Quest Diagnostics as well as GE Healthcare, Whole Foods, and the high end Avalon apartments. 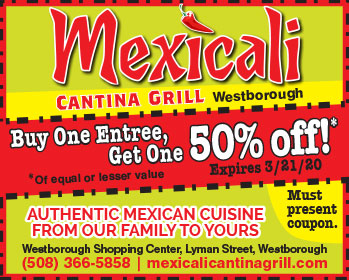 “GE was able to recruit quickly, because the commute was a lot easier than going into Boston,” Zink said.  “Quality of life is important.”

“The tenants we talk to today mention two major concerns, the first and foremost is recruiting and retaining talent,” he noted. “The second one is traffic.”

Trahan, whose term started in January, noted that it was important to put a spotlight on the needs of her district.

As such, she has joined “the entire legislation” in signing a letter of support for an infrastructure grant to redesign the I-495/I-90 interchange, she said.

“I really want to be a good federal partner, active in helping you,” she told the attendees. “Sometimes it’s just being a resident cheerleader. I see my job as being [in her district].”

According to https://www.mass.gov/service-details/about-the-i-495i-90-interchange-improvements-project, the project is currently in the environmental review stage of this project, with construction anticipated to occur from 2022-2026.