Westborough – The final event of seven month long literacy event, Westborough Reads Together, will conclude with a special celebration at the Westborough High School lobby, Sunday, May 19 from 2-5 p.m. 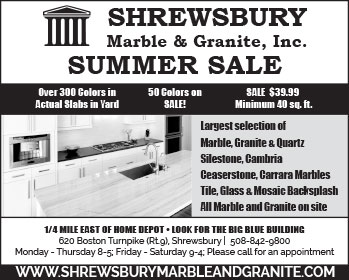 The emcee and key note speaker will be Steve Almond, the celebrated author and co-host of NPR’s popular Dear Sugar podcast.

Over the past months, local residents from teens on have been reading the book “The Moth,” as part of this initiative, according to Jen McGrath, the Young Adults Librarian at the Westborough Public Library.

According to publicity for the book, “Inspired by friends telling stories on a porch, The Moth was born in small-town Georgia, garnered a cult following in New York City, and then rose to national acclaim with the wildly popular podcast and Peabody Award-winning weekly public radio show The Moth Radio Hour.”

For the past few years, the library has hosted Westborough Reads Together as a way to not only encourage reading but also community. The theme of this year’s event, McGrath said, “Everyone has a story” ties into that philosophy.

“It’s really a way to celebrate our similarities and honor our differences,” she said.” The Moth does that as well, she added.

“Participants could read all of it and just a few of the stories,” McGrath said. “We really felt there was something for everyone to relate to.”

She has been encouraged, she said, by the interest in the initiative since its kickoff last November in an event held at the Mill Pond School.

“Since then, we have given out over 200 copies as well as loaning out copies from our collection here,” she said.

At the May 19 event, attendees will be encouraged to participate in “Stories Around the Table” to share their thoughts on the book such as how they related to it and what might have sparked a connection in them to it as well.

The Westborough High School Spoken Word Poetry team will perform a selection of their work. Refreshments will also be served.

Tickets are $10 each and may be obtained by stopping in the library (55 West Main St.) or by contacting McGrath at jmcgrath@town.westborough.ma.us.

McGrath noted the initiative was held throughout the year thanks in part to sponsorships from the Westborough Cultural Council, Avidia Bank, Central One Federal Credit Union and the Westborough Lions Club.