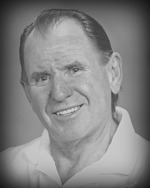 Born in Worcester, the son of the late Kazimier S. “Charles” Dombrowski and Lillian (Allaire) Dombrowski Dwyer, John was raised and educated in Shrewsbury, graduating from Shrewsbury High School in 1965. In 1967, he was ordered into active duty.

In December 1968 he was honorably discharged from the United States Navy. Upon his return home, John began working in automotive repair which he enjoyed until his retirement and beyond.

When not working on cars and tackling any home improvement project known to man, he enjoyed fishing, music, movies and was an avid Red Sox and New England Patriots fan. In his retirement, he became a proficient online deal hunter, scouring Craigslist for bargains he thought he, family, or friends might need. Of late, John became interested in NASCAR and managed to teach himself to play the drums. John especially enjoyed just spending time with family and his best friend Joe Samalis.

Relatives and friends are invited to visit with John’s family Thursday, June 27, from 4-7 p.m., at the BRITTON-SHREWSBURY FUNERAL HOME, 648 Main St., Shrewsbury. A funeral service for John will be held Friday, June 28, at 10 a.m., in the funeral home. Burial will be in private.