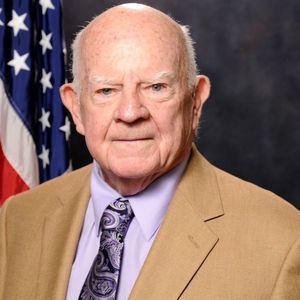 Shrewsbury – Long before President Kennedy’s inaugural address of 1961 in which he said, “Ask not what your country can do for you…ask what you can do for your country” Tommy Noonan was living these inspired words. After a lifetime of service to God, family, friends and his country he died in the comfort of his home on Sunday, July 7, 2019. He was 90.

Born on February 26, 1929 in Worcester he was one of four children born to Dennis T. and Nora C. (McCarthy) Noonan. Raised on Worcester’s Vernon Hill his willingness to serve was evident at the young age of 14 when unannounced he left his freshman schooling at Saint John’s prematurely to join the Navy. It was the midst of World War II and regardless of whether patriotism was vogue, accepted or expected he felt compelled and the need serve and help. After completing his basic training months later it was discovered that he was not of legal age and he was sent home where he completed his education at his much loved Saint John’s. While disappointed and unaware when Tommy left home his mother would later proudly boast it was the only reason she would accept for his disappearance. By the time he was able to re-enlist it was the end of the war and he would later tell his large and extended family that he didn’t need to because ‘once the Germans and Japanese heard rumors of his potential return they threw down their artillery and surrendered!’ God save the Irish! He later served four years in the Reserves and fulfilled his self-obligation to his country.

Tom’s professional career began with the Telegram & Gazette where he worked as a Linotype operator in its composing room. He then became a Massachusetts State Police Trooper where he worked for two years. In 1961 he was offered a position as a docket clerk in Worcester’s Central District Court. The decision and transition to change careers came easy because it provided him the time he wanted and needed at home with his large, ever-growing and young family.

Dedication and experience enabled him to become assistant clerk and he was appointed Clerk Magistrate of the Central District Court by Gov. Dukakis in 1977. With a wonderful sense and balance of justice Tom had compassion and the ability to help serve the public. Likewise he helped educate an entire generation of young lawyers from the Worcester District Attorney’s Office and attorneys from various arenas of the law for decades. Tom enjoyed retirement on July 3, 2017 at the young age of 88 and the next day on July 4th he experienced his true Independence Day. But anyone that knew Tommy knows he missed the camaraderie, people both innocent and guilty, friend or foe and the friendships and relationships that existed within the walls of the former courthouse on Highland Street and its new and beautiful location at 285 Main Street in downtown Worcester. It was truly his second home. ‘Well done thy good and faithful servant…enter now into the joy of the Lord.’

Predisposed and baptized with the blessing of a wonderful Irish heritage Tom had a very contagious sense of humor, quick wit and overall affable personality. When not at work in the courthouse or with his large family and circle of friends Tommy enjoyed the daily crossword puzzles, cats Oliver and Fluff on his lap, the read of a good book, the Red Sox and excursions with the Diners Club and his close circle of buddies at the Other Place Pub in Boylston. Weekends and summers in Brewster on God’s holy acre, Cape Cod, afforded him sun on his fair ruddy Irish complexion, salt air to breathe in and sand for his feet…and most of all the company of the many people whom he loved. Life was good.

It is an undisputed fact that Irish and Italian heritages make wonderful couples and families. With a shared nurture for hospitality and the love of good people, delicious food and beverage, Tom was fortunate to know and later marry Linda E. (Molinari) Turnquist on December 24, 1991. And for over 28 years they were each other’s best friend, companion, chauffeur and confidant on life’s wonderful journey.

Tom and his late first wife, Beverly (Scanlon) Noonan raised and educated their eight children. In addition to Beverly he is predeceased by his daughter, Kathryn Noonan and brothers, John M. and William F. Noonan.

Family and friends will honor and remember Tom’s life by gathering for calling hours at Saint John’s High School, 378 Main Street, Shrewsbury on Thursday, July 11 from 4 to 8 p.m. His funeral Mass will be celebrated on Friday in Saint Anne’s Church, 130 Boston Turnpike, Shrewsbury at 10 a.m. Burial with military honors follow in Mountain View Cemetery.

In lieu of flowers memorials in his name may be made to Saint John’s High School, Advancement Office, 378 Main Street, Shrewsbury, MA 01545.