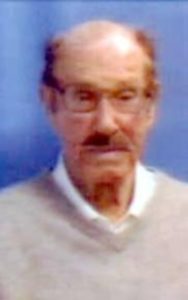 Westborough – Frederick A. Haas Jr. 96, of Westborough, late of South Hadley and Holyoke, passed away July 18, 2019 with the “Love of his life” Sonja at his side.

Fred was born in Holyoke, a son of Fred A. Haas Sr. and Pauline (Durant) Haas. He graduated from High School in Holyoke, joined the U.S. Army, in 1942, serving his country proudly and bravely during World War II in Europe, being awarded three battle Stars, the purple heart for wounds suffered in battle and the presidential unit citation for his part in the liberation of Dachau Concentration camp. Fred then spent four months in a French hospital recovering from his battle injuries.

A prayer service will be held Thursday, July 25, at 12 p.m., in the MERCADANTE FUNERAL HOME, 370 Plantation St., Worcester. Burial will be private.