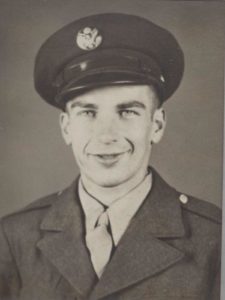 South Yarmouth – Julian M. Dubois, 91, of South Yarmouth, formerly of Hudson, passed away peacefully at home July 25, 2019, surrounded by his family. He is reunited in heaven with his beloved wife of 60 years, Mary C. (Walsh) DuBois.

Julian was born in Hudson on Nov. 11, 1927, a son of the late William R. and Laura May (Abaire) DuBois. Julian was raised in Hudson and after graduating from high school enlisted in the United States Army, honorably serving from 1947-1950. He returned to Hudson following his honorable discharge and continued serving his community as a volunteer Hudson Firefighter and also for Hudson Light and Power, retiring after a long and dedicated career with the town.

Julian was formerly a member of Christ the King Church in Hudson and an active member at St. Pius X Church in South Yarmouth. He was also a lifetime member of the Hudson-Concord Elks Lodge #959.

Relatives and friends are invited to a period of calling hours Wednesday, July 31, from 10 a.m. to 12 p.m., immediately followed by a funeral service at TIGHE HAMILTON REGIONAL FUNERAL HOME, 50 Central St., Hudson. Burial will follow at Forestvale Cemetery in Hudson.