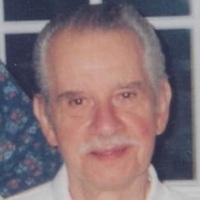 North Grafton – Richard E. Amaral, 90, of North Grafton, passed away peacefully on Saturday night, October 26, 2019, at Saint Vincent Hospital, with his loving family at his bedside.

Born in Boston, son of the late, Albert and Ruth M. (Wackell) Amaral, he graduated from Shrewsbury High School. He then served his nation proudly in the United States Army helping in the effort to re-build Germany after WWII.

Richard was a hard-working and principled man. He began his working career at the age of nine, delivering packages for a grocery store in his Canal District neighborhood, for five cents a week. He took classes at Wentworth Institute in Boston and became a part-time TV repairman. He worked for Nissen Baking Company for thirty-nine years, retiring as a well-respected Production Foreman in 1995, and was affectionately known to his union brothers as “The Deacon”. To support his young family, he worked three jobs – at Nissen, in TV repair, and at DiPilato’s Gulf Station on Lake Ave.

Richard was a member of Saint Mary’s Parish in North Grafton.  He loved Boston sports teams, especially the Red Sox, Celtics, and Patriots, but his most cherished moments as a sports fan came when watching his own family play. He enjoyed bowling for many years for his Nissen Baking Company team in the Friday night Auburn industrial league.  He was a great gardener, especially when it came to tomatoes, and an accomplished amateur stone mason as evidenced by the meticulously built stone walls around his home.  His home and family were everything to Richard and he cherished every moment with his grand and great grandchildren. He was a proud and beloved husband, father, and grandpa.

Calling Hours will be on Tuesday, November 5, from 4 p.m. until 7 p.m. in MERCADANTE FUNERAL HOME & CHAPEL, 370 Plantation Street, Worcester. His Funeral will be on Wednesday, November 6, from the funeral home, departing at 10:30 a.m. in procession to an 11 a.m. Funeral Mass at Saint Mary’s Church, 17 Waterville Street, North Grafton. Interment, with Military Honors, will follow at Pine Grove Cemetery, North Grafton.

In lieu of flowers, donations in his memory may be made to the Jimmy Fund, by visiting www.jimmyfund.org.