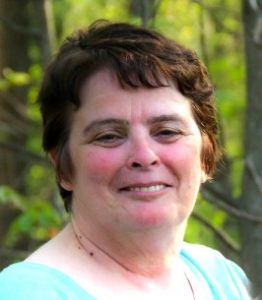 Northborough – Brenda L. (Mossey) Frantz passed away peacefully in her sleep early Tuesday morning, March 17, 2020, she was 68 years old. Brenda was born in Windsor, Vermont, one of 7 children to the late James H. and Blanche A. (Garceau) Mossey. She was raised in Southborough, was a 1972 graduate of Algonquin Regional High School and the devoted wife of 46 years to Howard S. Frantz.

Brenda lived several years in Westborough before relocating to Northborough in 1977. She was employed at E.L Harvey and Sons in Westborough prior to working 20 years as an assembler for the former Spectro Corporation, now Ametek. Brenda enjoyed making crafts, painting and sewing; most especially she cherished time with her family.

In addition to her husband Howard, Brenda is survived by their daughter, Lisa M. Maffioli and her husband Scott of Holden; two grandsons, Carter and Cameron Maffioli; one sister, Sandra Hastie; several nieces and nephews. She was preceded in death by her siblings, Patricia Dudley, James Mossey, Roger Mossey, Wayne Mossey and Debra Elbe.

Due to the current social climate and gathering restrictions, a private funeral Mass will be celebrated prior to burial in Howard Street Cemetery. Regretfully, at this time there are no public services planned. Please consider making a memorial donation in Brenda’s name to the American Cancer Society, P.O. Box 22478, Oklahoma City, OK 73123 (cancer.org).

To leave a condolence for Brenda’s family, please visit www.HaysFuneralHome.com.