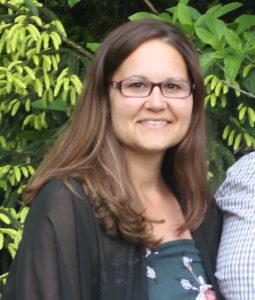 Hudson – Community members have rallied in grief and support after beloved local teacher Erin MacKay died June 10 in a car crash in Fitchburg.

A longtime educator, MacKay taught first grade students at Forest Avenue Elementary School and had many former students in the community who have said via town Facebook groups since her death that they look back fondly on their memories of MacKay.

“Erin (Kodys) MacKay was a beautiful person inside and out who touched the lives of so many of us in a very profound way,” a statement attached to a GoFundMe page started in MacKay’s honor read. “She is the ultimate example of what a mother, wife, daughter, sister, aunt, teacher, coworker, friend, and human being should be.”

MacKay, a Templeton resident, had been driving on Rt. 2 when a tire crashed through her windshield, state police say.

First responders removed her from her car and brought her to nearby Leominster Hospital. From there, a Med Flight helicopter brought her to UMass Memorial Hospital in Worcester, where she died.

“Not only was Erin a mother to her own children, she was a mother to countless others in our school community,” Forest Avenue Principal David Champigny said in a statement to school community members after officials publicly identified MacKay. “She was an amazing educator, and above all else, a kind and caring person.”

MacKay is survived by her husband and her two daughters Mya and Olivia.

In the wake of her sudden death, much attention has gone to MacKay’s family.

As of June 14, a GoFundMe page had garnered over $58,000 in donations, all earmarked to help MacKay’s children afford a college education without their mother.

Meanwhile, Off the Rail Nutrition, a small business in downtown Hudson, announced almost immediately after news broke June 10 that it would donate 10 percent of its sales the next day to the MacKay family.

“Nowhere is the beauty of Erin’s soul more evident than in these two amazing girls,” the aforementioned GoFundMe statement said of the main beneficiaries of all this. “They embody all of the great things for which we remember Erin.”

The GoFundMe page or MacKay’s two children remains open. Those interested can contribute by visiting https://www.gofundme.com/f/education-fund-for-mya-and-olivia?fbclid=IwAR3S4vJVoIWx1wX-zZiEvOAVrcFrZJNZOuZDXzfb2cIRvawuow6VZnYkCz0

Mass. State Police meanwhile continue to ask the public for help locating the vehicle to which the tire that killed Erin MacKay belongs. They’re asking any crash witnesses to contact them by calling 508-829-8326.

Templeton – Erin B. (Kodys) MacKay, 42, of Templeton, died unexpectedly, Wednesday, June 10, 2020, in UMass Memorial Medical Center, Worcester, with her family by her side after a tragic accident.

Born in Gardner on November 25, 1977, she was the daughter of Richard J. and Diane L. (St. Marie) Kodys. She graduated from Narragansett Regional High School, Templeton, with the Class of 1995. She received her Bachelor of Arts Degree in Early Elementary Education from Anna Maria College, Paxton, with the Class of 1999, and received her Master’s Degree from Fitchburg State College with the Class of 2002. At the time of her death, she was a First Grade Teacher at Forest Avenue Elementary School in Hudson for the past 12-years. She previously taught at Templeton Center School, Templeton, as a First Grade and Preschool teacher.

Erin was a parishioner of Holy Cross Church in East Templeton. She was a three-sport athlete, excelling in field hockey, basketball, and softball. As an adult, she continued her athletic career by participating in many local area softball leagues. Erin had a true passion for children and took great pride in being an educator—embracing all that came with it. But the time she loved and treasured the most was time spent with her family, and being the mother of her two daughters.

Funeral Services will be private and held at the convenience of the family.

Memorial contributions may be made to Go Fund Me in support of an education fund for her two daughters Mya and Olivia, at (https://gf.me/u/x8p6wy) or to Michael K. MacKay, P.O. Box 631. Templeton, MA, 01468.