Westborough – Each month (except during the summer) the Corridor 9/495 Regional Chamber of Commerce’s Business Forward Females (BFF) group hosts a luncheon for nearly 100 local women leaders from a wide range of industries. During the pandemic, they of course have not been able to meet in person but have done so instead via Zoom. On June 9, the group held their monthly meeting with a special guest speaker, Amy Latimer, the president of Boston’s TD Garden.

Latimer worked for the Boston Bruins and TD Garden in several different capacities before becoming president in 2012.  In her current role, she is responsible for all day-to-day operating functions of the nearly 20,000 seat TD Garden, the largest sports and entertainment arena in New England. 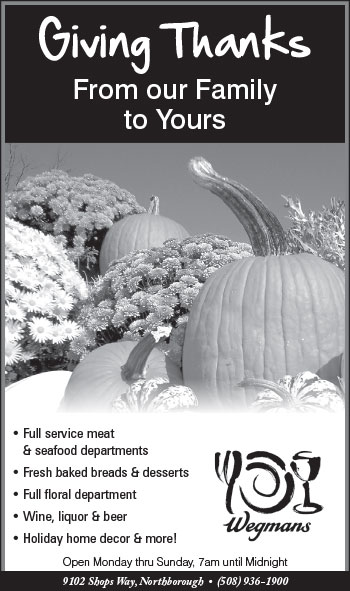 Latimer and her team now find themselves in a unique position during the pandemic. The two major league sports teams, the Bruins and the Celtics, have not played there since March and most likely will not be until late 2020.  TD Garden normally has a busy schedule of nearly 40 concerts a year – as well as many other events such as ice shows and family events – those too have been cancelled. And two new national events that were to happen this year, a World Wrestling Entertainment four day event and a team tennis competition featuring US versus European players, will not happen either.

Although saddened by the cancellations, Latimer noted that “this too shall pass” and the Garden will once again host fans eager to see their favorite teams play and artists performing in concert. And when that time comes, the Garden will be ready, she promises, with up to date safety measures in place.

“I spend a lot of time looking at new technology,” she said. “We have to be sure the arena is clean and safe. We are looking at destination elevators, very few paper tickets, and concession stands will that just use credit cards and no cash.”

Sports will most likely start in late 2020 with no fans in attendance and then slowly allowed back in over several phases.

“Our biggest challenge,” she acknowledged, “will be getting the customer’s confidence again.”

In her Zoom meeting with the BFF members she also spoke about the challenges of balancing a demanding job and being a mother to three sons, who range from late teens to early 20s.

“I felt strongly about not missing things that were important to my kids when they were younger,” she said. “But you always have mother guilt.”

It was her own mother, she added, that was her inspiration.

“She was outspoken and driven,” Latimer said. “She always said ‘don’t pretend to be something that you’re not.’”

Lessons learned while she was a student-athlete who was the captain of the women’s basketball team at the University of Rhode Island also helped shape who she is, Latimer said.

And in her career, she said she “always raised her hand” to apply for jobs that were “clearly over my head.”

“If you know at least 75 percent of a job, you can figure out the rest,” she added. “Work hard and show people your willingness.”