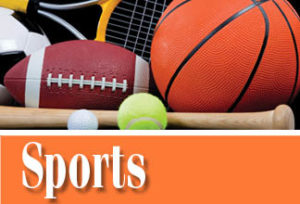 Region – A staple of many local adults’ lives each summer – recreational sports – looks different amid the COVID-19 pandemic.

Athletes practice social distancing on the bench and wear masks when not on the field. Organizers collect contact information to trace possible virus outbreaks should they crop up. And the typical postgame lunches and dinners certainly are not happening.

After months of quarantine, any number of athletes and local leaders have mixed feelings about all this.

“Outdoor sports are providing people a sense of normalcy,” said Jennifer Kirkland of the Westborough Recreation Department. “From what I have seen and heard, everyone is doing their part to follow all of the guidelines as the last thing anyone wants is another shutdown.”

Due to the emergency orders restricting public life across Massachusetts, sports leagues cancelled games until further notice back in March.

“We had been going back and forth about what to do,” said Ken Toris of the Marlborough Curling Club, a rec league with membership from across the region. “That kind of made the decision for us.”

Even as recreation departments restricted activity in public spaces to “passive use,” Angela Snell of the Shrewsbury Recreation Department said she and her staff saw a marked increase in public interest in her town’s facilities.

Familiar leagues could not move forward, so people turned to other sports.

“People have been wanting to get their exercise and be outside,” she said.

Recreational sports started up again in Phase 3 of Massachusetts’ reopening.

Snell said her department has been working with Shrewsbury rec leagues to revive the programming that was cancelled this spring.

Kirkland said her agency has worked with baseball and softball leagues in their town, approving the start of seasons after July 4.

There are, of course, numerous precautions in place.

On the ice, caution has been key for the Marlborough Curling Club.

“I don’t want to bring people back on to the ice and then have there be an outbreak,” Tonis said. “That would really crush me, and it would defeat the purpose of what we’re trying to do right now.”

Whether it’s curling, pickleball, softball or soccer, local adults are happy to have their sports back.

In the end, though, it’s not the same. After all, these rec leagues are meant to be social activities for the athletes and socialization is hard spaced six feet apart.

“A lot of people are missing that [socialization],” Joanne Avery of Ward Park Pickleball said. “Hopefully we’ll get back to that sooner or later.”