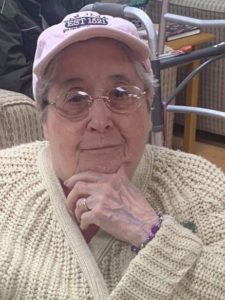 Marlborough – Dorothy M. (Farley) Boule, 86, of Marlborough died Sunday August 23, 2020 at MetroWest Medical Center in Framingham. She was the wife of the late Robert A. Boule who died in 2008.

She was born, raised and educated in Marlborough the daughter of the late Valmore and Dorothy (Baddock) Farley and was a graduate of Marlborough High School. Dorothy enjoyed traveling and playing cards. Dorothy also enjoyed spending time with her granddaughters and great grandchildren.

Calling hours will be private. Burial will be held in Evergreen Cemetery, Wilson Street.  All are invited to sign Dorothy’s online guestbook at www.CollinsFuneral.com. Funeral arrangements are under the direction of the Collins Funeral Home, 378 Lincoln Street, Marlborough.