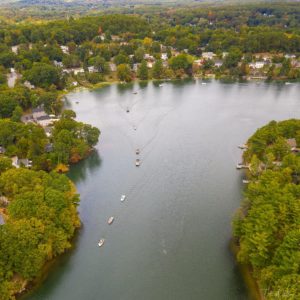 The boats traveled from one end of the lake to the other before stopping in front of Tuttle’s home, which is located on the lake. Several of Tuttle’s family members came out to wave to the boaters.

According to Carlos Sagastume, who was in the first boat, the morning had started out gloomy and overcast.

“But as soon as we reached his house, the sun came out and was just shining right over it,” he said. “It was beautiful and felt like a perfect farewell.”

Our thanks to Tami White for graciously sharing these drone photos and video. 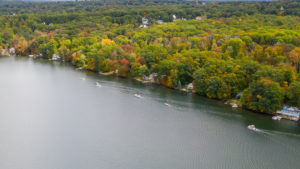 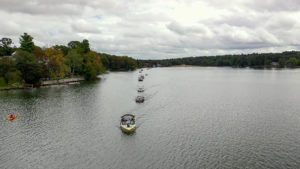 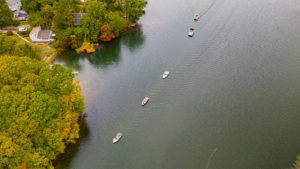 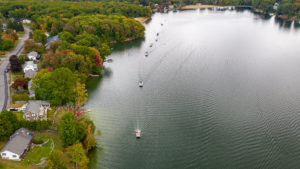 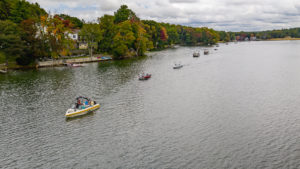 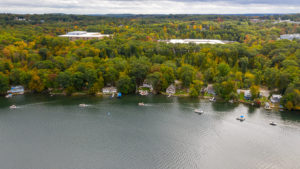