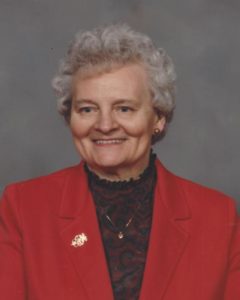 Northborough – Constance M. Barter, 95, of Northborough, MA passed away peacefully on Sunday, September 27, 2020.  She is predeceased by her husband of 32 years, Bruce M. Barter, her sister, Barbara L. Neuhaus and her brother, Carl G. Ziegler.

Constance was born and raised in Berlin, MA the daughter of the late George C. and Jenny E. (Lindberg) Ziegler and lived in Berlin all her life.

She was a graduate of Hudson High School Class of 1943 and earned a certificate from the Kathryn Foley Ward School in Worcester, MA before working at the Worcester Mutual Insurance Company for almost 42 years until her retirement in 1987.

Services will be private.  The family requests in lieu of flowers, donations in Constance’s memory be made to: The Memorial Fund of First Parish Church, 24 Central Street, Berlin, MA 01503.