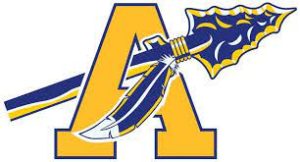 Marlborough – Assabet Valley Regional Technical High School is not alone in managing the disruption of their fall sports season but remains innovative and creative in finding ways to keep their students active, engaged and safe.

According to Principal Mark Hollick, student safety and access to education are among the top priorities during a tumultuous fall.

“At least from now until December, we know our main focus is going to be on getting kids re-engaged and back into a routine, but we still don’t know how this is going to evolve,” Hollick said.

With abrupt changes in daily life for most, resuming academic coursework and learning, as well as ways to allow students to connect with their classmates, is at the top of the priority list for most schools.

“Right now we know kids haven’t been in school for six months, so right now the focus is to get them back into a routine of attending school on a regular basis and focus on their education,” Hollick said. “When we say student-athlete, student is first for a reason.”

Despite the numerous challenges in resuming high school athletics, it’s clear that they play an important role at Assabet.

One possibility that exists is the delaying sports traditionally held in the fall to the spring, if risk factors improve and it is safe to do so. The rescheduled fall season would take place primarily in the early spring, and spring sports in May and June with compressed schedules.

“Right now, we don’t know what that will look like,” Hollick said, but offered insight as to what high school athletics may look like in the future.

“If we got to a pod system, we will be going by region, so we may play schools we usually never play,” Hollick said.

When sports do resume, it is important to ensure equality between boys’ and girls’ sports being offered, as well as the logistics involved to ensure all who want to participate will be able to do so safely.

“It’s also about access, we don’t want to shut kids out from participating because they can’t get a ride,” Hollick said. “We have kids from 15 cities and towns that come to us, so it’s a long ride for some.”

In lieu of an active fall sports season, and with the onset of hybrid and virtual learning, Assabet is still looking for ways to ensure students are able to engage with their classmates outside of school in a safe virtual setting.

“We’re continuing to look at what we can do that’s meaningful,” Hollick said. “We have a game club where kids are allowed to play online games together; there’s a wide variety games, everything from board games to dungeon and dragons…We’re also looking into trying to be able to offer a virtual Student Council membership, and we have a very active JROTC.”

As most high schools are facing similar challenges, the importance of finding ways to continue to safely offer social engagement and activities with classmates is also an important facet in a new adaptive school setting.

“We have a lot of kids involved and it’s important, but we have to do these things in a safe way,” said Hollick. “Bottom line is we wanted to do the right thing for the kids.”