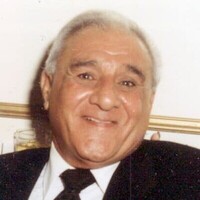 Shrewsbury – Thomas A. Harpie Jr., 86, a longtime resident of Shrewsbury and a Worcester business owner, passed away with his eldest son by his side in his home Nov. 17, 2020.

Tom was born in Worcester on April 9, 1934, one of four children of the late Thomas A. Harpie, Sr. and Anna G. (Daboul) Harpie. In October of 1972, Tom married the “Love of his Life” Carole Gagner and they spent the next 45 years dedicated to each other, working side by side and enjoying life until Carole passed away Dec. 1, 2017. Tom continued to live in their home in Shrewsbury until his passing.

Tom owned and operated Harpie’s Auto Parts on Shrewsbury Street in Worcester for many years before retiring.  After retirement, Tom and Carole enjoyed a simpler life traveling to the beaches of Florida and Ogunquit, Maine, and remained dedicated to their family and to each other. Tom’s work and his family were his most important priorities.

Tom is survived by two sons, Thomas A. Harpie III of Jefferson and Michael P. Harpie of Provincetown; a loving sister, Eleanor F. Gallo of Worcester; many nieces and nephews including, David, Albert, and Stephen Gallo and Tammy, Robin and Donna and their mother Sally Harpie; and extended family members, the Gagner Family and friends.  Tom was predeceased by a brother, Robert J. Harpie; a sister, Marion Traynor and her husband George; and a brother-in-law, Albert Gallo.

The family would like to acknowledge the incredible care and compassion provided by Hospice of Western and Central Mass, physicians, nurses, and support staff, in particular his home health care aide and companion, Gladys Augustin. She and his eldest son, Tom III cared for him, each and every day for several years.

Funeral services and entombment in Notre Dame Mausoleum are private with no calling hours. In lieu of flowers, the family asks that you go out of your way to do a kind act for any person in need as a tribute to and in memory of Tom.

The MERCADANTE FUNERAL HOME & CHAPEL, 370 Plantation St. is honored to assist the family with arrangements.