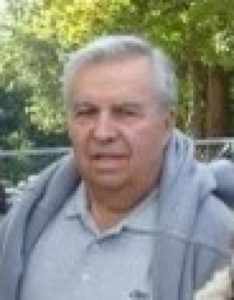 Stow – On May 10, 2021 Clifton Lee Schandelmayer Jr., Loving Father and Grandfather passed away at the age of 82.

Clifton was born on Jan 14, 1939 in Marlborough to parents Clifton and Helen Schandelmayer. He graduated from Marlborough High School and enlisted in the Army at the age of 17 years old. He served in the military for 38 years and retired as a Command Sargent Major.

Clifton’s greatest joy was raising all of his girls on Lake Boon. He treasured his Ski Nautique inboard so much you could find a wallet sized photo of it, alongside the ones of his girls. If not at the lake Cliff could be found at the soccer field where he was labeled by many as the #1 fan. Decked out from head to toe in team apparel you can still hear him cheering in his baritone voice “Give’em hell”!

Cliff referred to retirement as the “cocktail hour of his life”. He spent this time in his big red chair with his feet up making memories with his grandchildren and spoiling his fur babies.

As Cliff would say “Keep the greasy side down, the shiny side up and we’ll catch you on the flip-flop.”

Services will be held Tuesday, May 18 at Tighe Hamilton Regional Funeral Home, 50 Central St., Hudson. Viewing hours will be 11 a.m. to 12 p.m., followed by celebration of his life and burial services at Howard Street Cemetery in Northborough