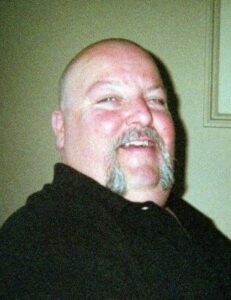 Maynard – Gregory A. Flanigan Jr., 52, of Maynard and formerly of Marlborough, died on June 25, 2021 at UMass Memorial Medical Center from injuries received in a motorcycle accident on June 16 in Marlborough. He was the husband of Kimberly A. (Mahoney) Flanigan for the past 17 years and had been together for 33 years.

He was born, raised, and educated in Marlborough, the son of the late Gregory A. and Barbara (Beaudette) Flanigan. Greg was an ASE Certified Auto Mechanic for many years and worked for Midas for 16 years at several locations throughout the State. He also owned and operated Patriot Automotive Service in Sudbury for many years.

Gregory was a member of the Maynard Elks and enjoyed playing Darts and Pool. He was a longtime New England Patriots season ticket holder and die-hard fan. He also loved his Harley and his family.

In addition to his wife, he leaves a son, Gregory A. Flanigan III of Maynard; three daughters, Donna M. Flanigan of Harris Township, Mich. And Erica J. and Lisa A. Flanigan, both of Garner, N.C.; a brother, James F. Flanigan and his wife Sharon of Marlborough; three sisters, Diane M. Stangle of Marlborough, Barbara Bush and her husband Jimmy of Garner, N.C., and Sandra E. Salamandra and her husband Bob of Little Elma, Texas; four grandchildren, Giana and Ciana Flanigan and Azariah Barrett and Naziah Carter, all of Garner, N.C.; many nephews and nieces and cousins; and his mother-in-law, Donna Martell of Westborough.

A Celebration of Life will be held on Saturday, July 10, from 4-8 p.m., at the Maynard Elks. Calling hours will be held on Wednesday, June 30, from 6-9 p.m., in the Collins Funeral Home, 378 Lincoln St., Marlborough. Attendees are encouraged to ride their bikes to calling hours and wear NE Patriots gear. Burial will be private.

All are invited to sign Greg’s online guestbook at www.CollinsFuneral.com. Funeral arrangements are under the direction and care of the Collins Funeral Home.