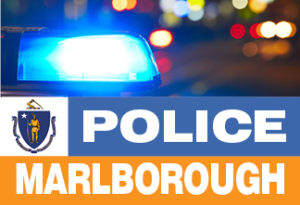 UPDATE: This article has been updated to include information on a separate crash this afternoon in Westborough.

By Laura Hayes and Dakota Antelman

MARLBOROUGH –  A 23-year-old Spencer man was injured after his car rolled over late last night near the I-495/I-290/Route 85 interchange.

According to law enforcement, the vehicle rolled over and was engulfed in flames near I-290 westbound exit 32.

“Responding officers jumped into action to render immediate assistance to a Massachusetts State Police trooper on scene trying to extinguish the flames, utilizing fire extinguishers from within their assigned cruisers,” Hudson officers said in a Facebook post.

Hudson police and State Police entered the vehicle to help the man before Hudson and Marlborough firefighters arrived and used jaws of life to extricate him.

The firefighters worked to extinguish the fire.

The man was transported to UMass Lakeside by life flight, according to a State Police spokesperson. Hudson police said the driver’s condition is unknown at this time, as of about 4 p.m.

Officials were on scene until about 4 a.m. doing crash reconstruction to conduct an investigation due to the extent of the man’s injuries, State Police said.

This incident took place last night before snow rolled into the region.

As winter weather arrived, though, it dropped well over six inches of snow in some places, creating hazardous conditions on roadways and prompting warnings from local police and fire departments.

“Travel with caution as there are still slick spots out there,” the Westborough Fire Department wrote in a social media post shortly after 3:30 p.m.

In Westborough, the State Police did respond to a rollover crash this afternoon on I-90 where a single vehicle flipped into an embankment.

Though the two occupants sustained minor injuries, they were able to remove themselves from the vehicle, according to a State Police spokesperson.

The right lane of I-90 was briefly closed while first responders addressed the situation, State Police said.

A photo shared on social media showed Westborough firefighters joining in the emergency response to this crash.

Marlborough police recover shell casings, round after report of gunshots