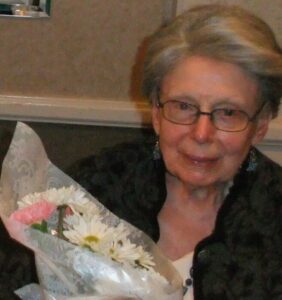 Marlborough – Jacqueline E. (Crocker) Murray, 95, died Saturday January 8 after a period of failing health. She was the wife of the late Joseph D. Murray who died in 2000. They were married for 51 years.

She was born in Boston, the daughter of the late William H. and Lydia(Diamond) Crocker and grew up in Jamaica Plain. She moved to Framingham in 1954.  She relocated to the Meadows in Marlborough in 2004, and to assisted living at New Horizons in 2015. M Southborough.

In lieu of flowers. please donate to the Hopkinton Public Library, 13 Main Street, Hopkinton, MA 01748 in her name to fund the purchase of mystery books for all ages.