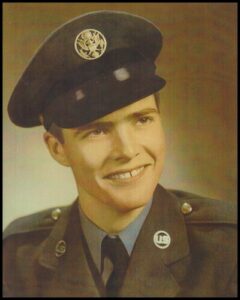 Bill served his country in the Air Force during the Korean War. He worked as a carpenter and was a member of Carpenters’ Union Local 475 for many years, retiring in 1981. He was also a member of the North Star Lodge of Masons in Ashland.

As his children grew, Bill was active in the Boy Scouts and coached Little League. He never missed an ice hockey game where he cheered on his sons. Bill was the master of setting up Easter egg hunts much to the delight of his grandchildren. He was affectionately known by them as “Muckie.”

Bill is survived by his children, William L. Miles, Jr. and his wife Donna of Ashland; Dava Miles Dunne and her husband Michael of San Diego, CA; Stephen G. Miles of Ashland; and Scott B. Miles of Millbury. He leaves six grandchildren, Caeli and Brynn Dunne, Connor and Allyson Miles, and Scott Miles and Samantha Miles Snead. He also leaves one great-grandchild, Madison Miles.

One of 12 children, Bill also leaves his sister Nadine Moses of California, and brothers Alfred Miles of South Carolina, and David Miles of Southboro, MA.

Private family services will be held. Donations in Bill’s name may be made to the Ashland Emergency Fund, PO Box 112, Ashland, MA 01721

The Matarese Funeral Home and Cremation Service of Ashland assisted.